On a Wednesday 1st of June, there was a Rippa Rugby Tournament for girls only. There were two separate teams, Year 5 & 6 and Year 7 & 8.

All the schools would play against each other, and whoever gets the most tries and or wins most of their games they will go to the semi-finals, and who ever wins the semi-finals will go on to the finals.

When we didn’t win we had to watch the finals. We were watching the Year 7 & 8s. I can’t remember who was playing who but does that really matter?

By Charlotte Bridge, Year 6
Posted by Reporters' Club Manager at 17:25 No comments:


There were so many awesome costumes, there was a TARDIS, The Doctor and many others!

There were stars set-up in the hall, colourful lights and everything! People were dancing and having lots of fun.


There was a dancing competition, a costume competition and much, much more.

It was a magical night! Paraparaumu School students are looking forward to the next one. Thanks to the parents!

The Big Run
It was the day of The Big Run. On the 30th of May, Paraparaumu School did their cross country. It was at Kaitawa Reserve. There were lots of parents and little siblings. Everyone was getting ready to start their run, lining up in their year groups.

Everyone from year 5s to year 8s had to go around the block 1 and a half times. They needed to get a mark to show that we had done the extra loop. Then when we finished the track, we would run into Kaitawa then they had to get the tab with their name on. Then we would get put into our places.

Cross country is a kind of run when the kids from year 1s to year 2s run around Kaitawa Crescent twice.

The Year 3s & year 4s ran out to Riwai Street, down Valley Rd Into Kaitawa Crescent and into the Park. The year 5s & 6s had to do the same but with the extra loop.

The Year 7s & 8s also have to the same including the water tower and the extra loop.

The people who came 1st  2nd and 3rd and sometimes 4th and 5th all go to interschools.The years that go are year 4s up. Everyone did the best they could. All the parents were proud of their children.

The day was brilliant.Everyone cheered for all the people that were running. That day couldn't have gone better.

By Kendall Sutton and Meika Howell, Year 6.
Posted by Reporters' Club Manager at 16:52 No comments: 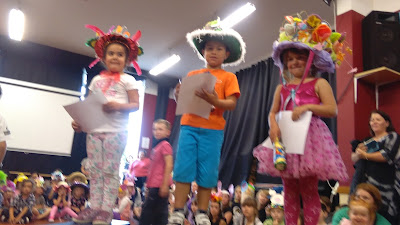 Cailey, Malakai and Millie from Room 5 on the winners platform.

Today at Paraparaumu School, we are having the annual Easter Bonnet Parade.  Here is what we saw.

Room 5 was the first to walk around. The judges made their decision.  The winners stepped up on to the platform.

Then we had Room 4 followed by Room 3.  We were all enjoying the cool music too. After that the toddlers and preschoolers showed some even more cool hats.

Next up we had Room 2.  There was an awesome bunny costume, a paper hat and lots more. Then Te Puna:  there was a rabbit with a crocheted carrot.  Some children have used paper mache and lots more cool ideas.

Next was my class Room 10 with more cool hats and a robot with no hat.

Last was room 11, last but not least and they had some interesting costumes to share.  One person was dancing.

After the prizes, it was time to go home.  This is great school tradition and we look forward to the show again next year.

Posted by Reporters' Club Manager at 17:38 No comments: Classrooms burned down after Kapiti School Fire.  Published on TVNZ One News Posted by Reporters' Club Manager at 17:18 No comments:

One of our Dad's helps to fight the fire!

15 fire trucks and 65 fire fighters were sent to the school at 7:15pm. The fire went from 2nd alarm to 3rd alarm which meant they had to send more fire trucks and fire fighters.  It was such a big fire!  When he first tried to put the fire out, the fire was so hot, it burnt through a hose.

Unfortunately, the fire kept re-igniting but they finally put it out.  He said that he didn’t feel anything during the fire because he was concentrating but after the fire he finally felt the emotion.

Scott Walker has been to car accidents, fires, and even rescued cats from trees.  He showed all his fire fighters gear to the kids and some lucky kids even got to try them on.

The kids were reassured by the fact that Scott Walker was one of the fire fighters working on their classroom, Room 1.

By Maia Hoskins and Jaida Brown 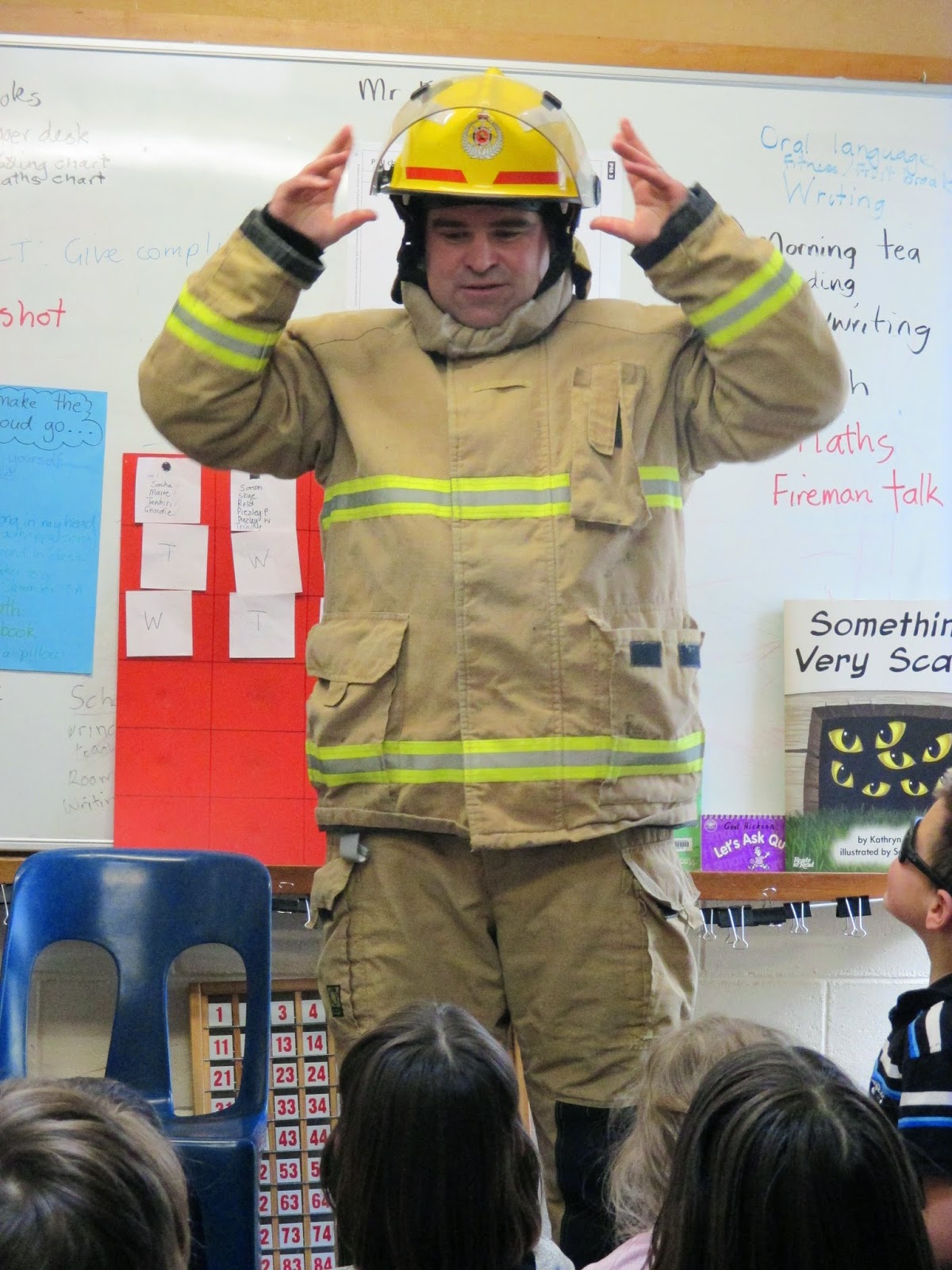 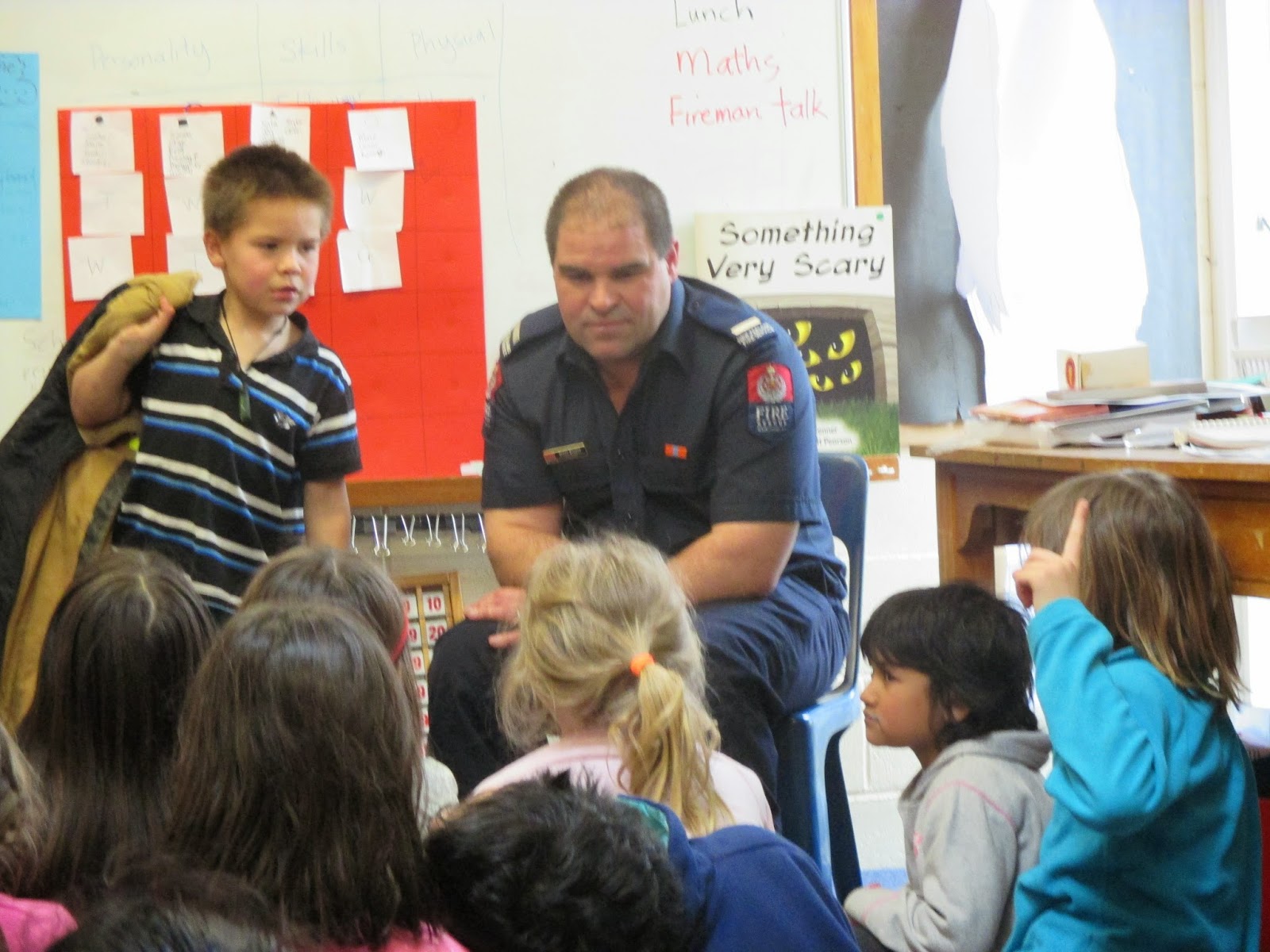 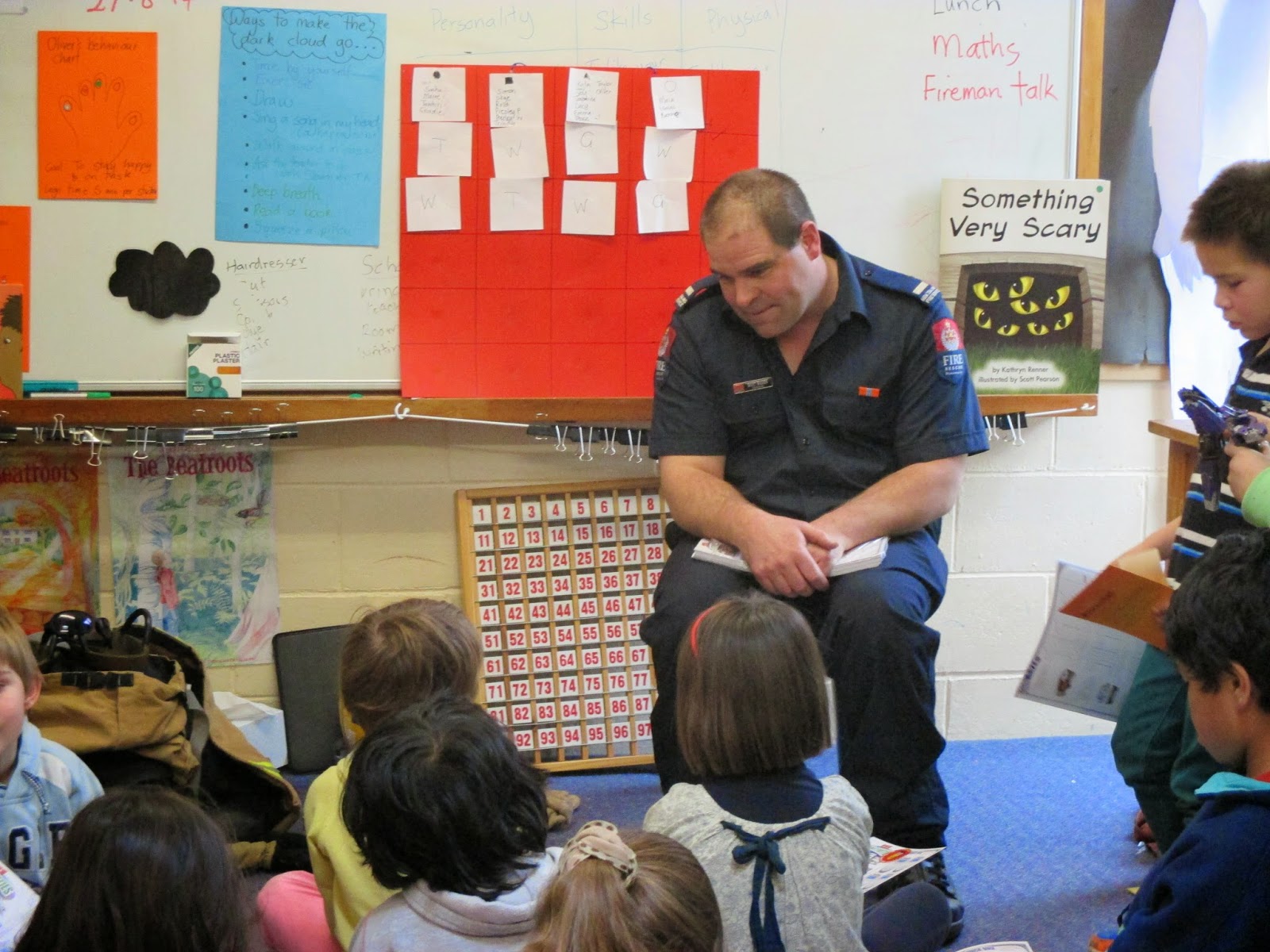 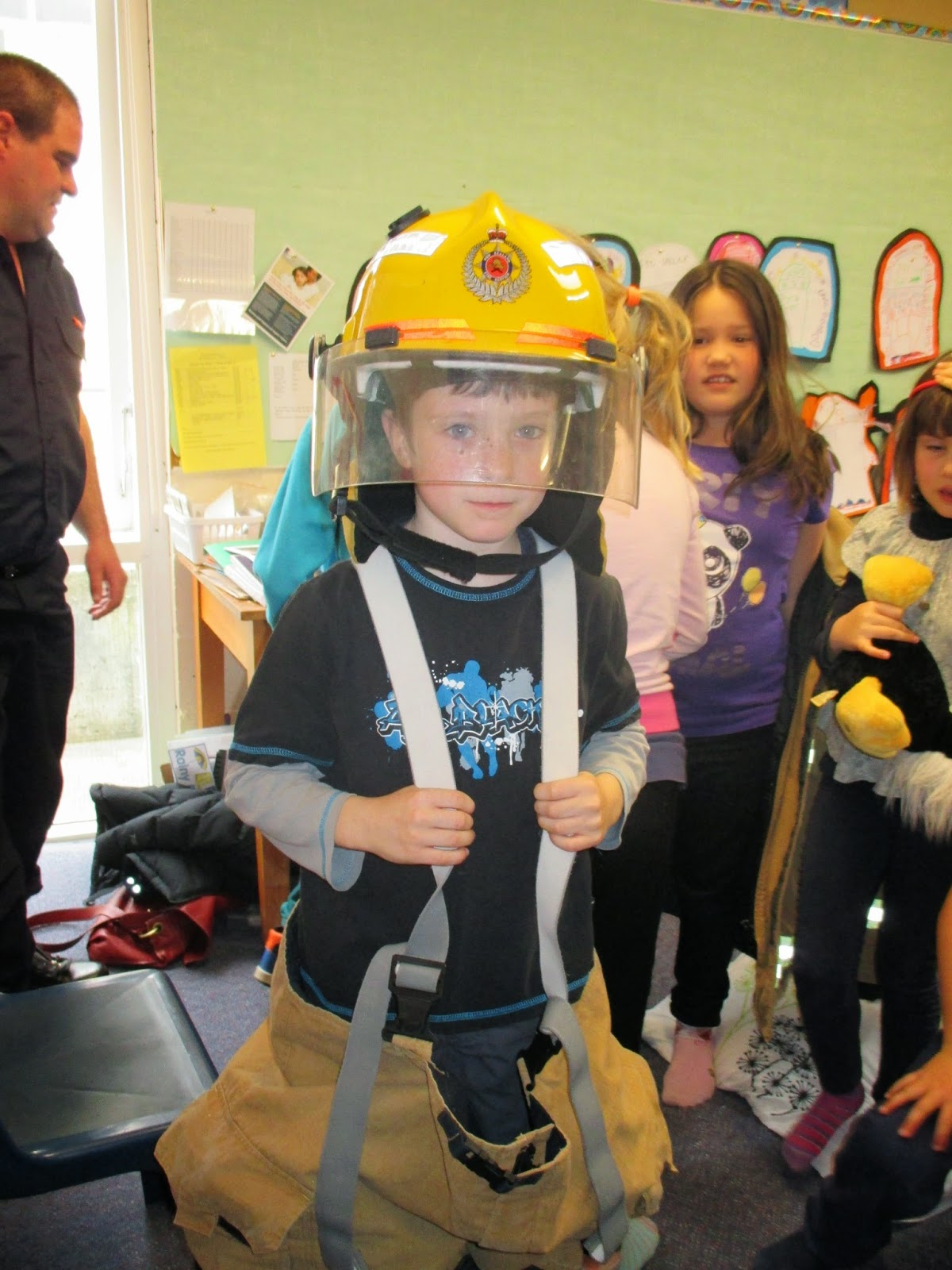 Posted by Reporters' Club Manager at 17:03 No comments: